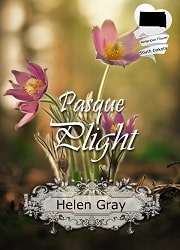 BOBBI SPENCER IS WARY OF LOVE.
Bobbi Spencer, an engineer at Pasque Aviation, her father’s huge corporation, must determine what caused those planes to crash. Seeing grief nearly destroy her father after her mother’s death, and being pursued because of her wealth, has made her distrustful of men. While delivering a component to Caprice Airlines, she meets Shane, a handsome pilot, and enjoys spending some time in his company, but has no expectation of ever seeing him again. She leaves with her connection to Pasque undisclosed.
Shane Price is fascinated with Bobbi the delivery girl, but he must get the European branch of Caprice Airlines on solid footing and help his widowed sister run the stateside division of their family business. When he learns Bobbi’s actual connection to Pasque Aviation, and she learns his to Caprice, they are both wary. Can they possibly have forever together?