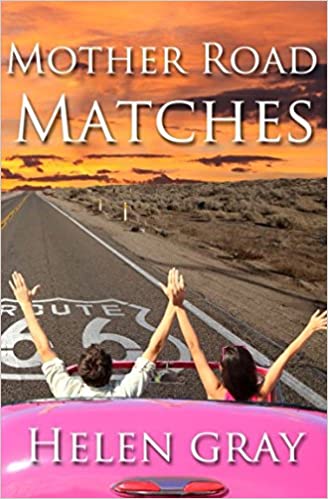 NOTE: these two stories connect to the Bootheel Series.

Lincoln Stover follows Route 66 to Shamrock, Texas, in pursuit of his no good cousins. But what he finds is Ruby Clover, a lovely waitress at the U-Drop Inn who sends his heart and emotions spiraling in unexpected directions. It’s 1937, and Ruby has her hands full working at the restaurant and taking care of her parentless nephew. When handsome Linc Stover comes to Shamrock looking for his cousin, the baby’s deceased father, she finds herself attracted to him. But can she trust the man whose family might try to claim the child left to her when her newly widowed sister died in childbirth?

VETERAN LEROY CLOVER CAN’T RISK ANOTHER BETRAYAL—OR ANOTHER GLORIA. Recently returned home from WWII, Leroy must start life anew. But dreams of the war and memories of Gloria’s betrayal don’t make that easy. When he meets another Gloria—and finds himself inexplicably drawn to her—those chaotic feelings only multiply. Gloria Jadwin has left her nursing job, and heartache, behind to play baseball with the All-American Girls Professional Baseball League. While on leave with a knee injury, she accompanies her cousin’s wife to Texas and meets Ruby’s brother, Leroy, an unrealistic attraction flares. Can a jaded widower-tough soldier from Texas and a golden haired nurse from Missouri possibly form a forever team of their dreams?