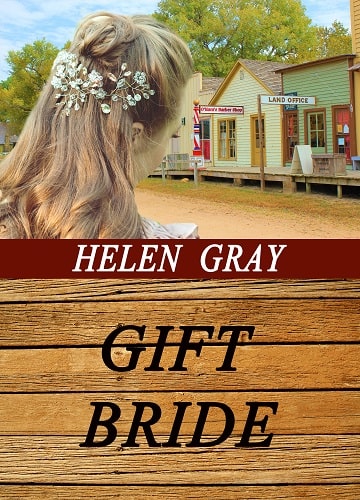 Jewel Carter is stunned to learn that she is a mail order bride, having believed she and her ailing father left Chicago to relocate his medical practice in Dodge City. But she loves her father enough that she complies with his wishes to give him peace of mind.
Travis Shelton can’t risk losing another wife to childbirth. So what is he to do with this bride who has been gifted to him for Christmas by his sister-in-law and brother? On the other hand, a marriage of convenience partner to run his home while he works the ranch might work. But he doesn’t count on having that pretty partner send his heart into a tailspin.

NOTE: This novella is a sequel to the Dodge City Duos series.